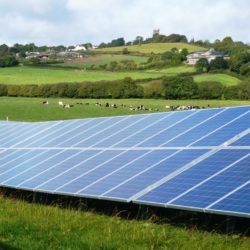 Adkin and Roadnight Taylor are pleased to invite you to their joint webinar on Thursday 25 February from 5.00-6.00pm.

Hosted by Simon Alden of Adkin, joined by Hugh Taylor of Roadnight Taylor, the webinar will help landowners find out about:

This event is free of charge but you will need to register in advance by clicking here: https://zoom.us/webinar/register/WN_80C_CcU-QvyfvA_j_k1tlw

There will be a chance to ask questions at the end of the webinar, however, if you would like to submit a question before the webinar, please email your questions to laura@roadnighttaylor.co.uk If you would like to receive the Adkin Farming & Property Bulletin directly to your email please contact; liane.marchant@adkin.co.uk Adkin is now on social media! You can read the latest edition of our Farming and Property Bulletin here; January 2021 Bulletin

In addition to publishing our Bulletins on our website we are going to be sending them out by email directly to clients from now on.  If you would like to be added to this mailing list please email liane.marchant@adkin.co.uk. Please see the report of the recent Hay & Straw sale in partnership with Thimbleby & Shorland below: It is with sadness that we have to report the death of Tom Chamberlain, former senior partner of Adkin. Tom passed away peacefully at home on the 6th January 2021 aged 93 with his wife Muriel by his side.

Born in 1926 in the market town of Wallingford in Oxfordshire, Tom attended Berkhampstead School and was then employed as an articled pupil with Bruton Knowles in Gloucester. During his time there he took an active part in the Young Farmers’ Club, serving as Secretary of the Gloucestershire Club for two years.

Following this, Tom was called up into the Royal Engineers and commissioned as a Field Engineer Officer, serving in Egypt and Sudan in the Hirings and Disposals Section of the Middle East Land Forces. After being demobilised, he completed his training at the Royal Agricultural College, Cirencester (now the Royal Agricultural University) where he obtained the College Diploma in Estate Management.

Tom then began his career proper, first with C E Williams & Co in Oswestry and then with Franklin & Gale in Wallingford. During this time, Tom was elected an Associate of Royal Institution of Chartered Surveyors (RICS). He then moved employment again and took up a position as an assistant to Thomas Bowen with Adkin, Belcher & Bowen in Abingdon where he was elected a Fellow of the Central Association of Agricultural Valuers (CAAV). Tom became a partner at Adkin in 1952 rising to the position of Senior Partner, a position he held for over 15 years, during which time the firm expanded considerably under his leadership.

Tom was a longstanding and active member of the CAAV serving on Council and as President.  Upon being proposed, he was described as a “tireless worker”, something that all those who knew him would recognise. The future of the profession was very important to Tom. As a result, he trained many young rural surveyors over the years, all of whom benefited from his tutelage and wise counsel. They were all encouraged to play an active part in the CAAV and organisations such as the Young Farmers movement. He was also an active member of Drayton & District Farming Club.

In addition to his professional career, Tom also held many positions in his community including a longstanding role in a locally based charity, Christ’s Hospital of Abingdon where he was a Governor and the Master for many years. He was also a long-term member of Abingdon Rotary Club. In such spare time as he had, he pursued his interests in orienteering and sailing.

Tom was held in high regard by his clients, fellow professionals and friends alike. He is survived by his wife Muriel, their son, two daughters and their grandchildren. Adkin would like to reassure their clients that the office will remain fully functional for the duration of this current lockdown. If you have any queries please continue to call the main office number 01235 862 888.

The majority of our surveyors will be working from home. If you need to contact them directly please send them an email or call their mobile number, both of which can be found on our ‘People’ page.

All calls and emails will be returned and actioned as soon as possible but please be patient as we adapt to the change in working practices again.

Please be assured that Adkin will continue to provide its usual high level of service during this challenging time. On the 30th November the Government published ‘The Path to Sustainable Farming: An Agricultural Transition Plan 2021 to 2024’.

The main points to note are:

Countryside Stewardship and additional grants to be expanded from 2021-2024 with a focus on Sustainable Agriculture, Local Nature Recovery and Landscape Recovery

Environmental Land Management to be launched 2024

The 2021 Annual Hay and Straw Auction Sale, in conjunction with Thimbleby & Shorland, will be held by online timed auction, due to current Covid-19 restrictions, ending on Tuesday 12th January 2021.

The link to Thimbleby & Shorland’s page with all the necessary catalogue and online bidding is: