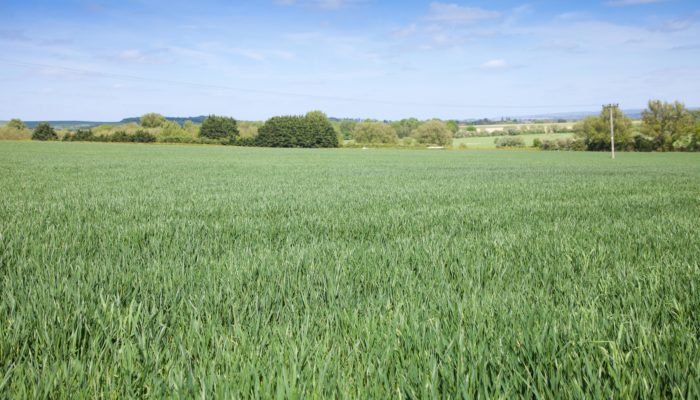 A block of productive commercial farm land situated in south Oxfordshire, extending to 249.52 hectares (616.59 acres) of bare arable land, together with amenity land surrounding the villages of South Moreton and North Moreton.

The Land at Hall Farm is an attractive commercial block of mainly arable land lying within the North Wessex Downs Area of Outstanding Natural Beauty and extending to approximately 249.52 hectares (616.59 acres) which is well suited to growing a traditional arable crop rotation.

Besides being a productive arable farm, the wider land would also be suitable for a number of other uses such as natural capital and biodiversity offsetting, together with amenity purposes and investment opportunities.

The land benefits from excellent road connections both to nearby market towns and further on to London and the South East.

The Land at Hall Farm is situated within the south Oxfordshire parishes of North Moreton and South Moreton. The village benefits from a number of facilities, with further services and amenities located in the nearby towns of Wallingford and Didcot.

The transport connections are excellent with the A34 providing good regional transport links to Reading and the city of Oxford. The A34 is located to the west of the land and provides direct access into London via the M4 or M40.

Two large parcels of arable land located to the south of the village of South Moreton. The land has access immediately off Anchor Lane and Hithercroft Road. Part of parcel 5560 will be subject to an overage provision and restrictive covenant.

Three parcels of arable land located to the east of the village of South Moreton. The parcels are split by the Hithercroft Road, which also provides direct access.

Four substantial parcels of arable land which are located to the west of the villages of South Moreton and North Moreton. Access is available directly off Sands Road, Dunsomer Hill and the High Street. Part of parcels 5231, 5774 and 8298 will be subject to an overage provision.

A single parcel of arable land with amenity potential, adjoining the village of North Moreton. Access is available directly off Dunsomer Hill. Part of parcel 2989 will be subject to an overage provision.

A single parcel of pasture within the village of South Moreton, with amenity or alternative use potential. Access is available directly off Hithercroft Road. Parcel 4614 will be subject to an overage provision.

A large single parcel of arable land to the north of the village of North Moreton and accessible directly off the A4130. Parcel 6986 will be subject to an overage provision.

A large single parcel of arable land to the north of the village of North Moreton and accessible directly off the A4130. Please note that the southern boundary has recently been fenced, with the areas and plans within these particulars being indicative only.

A single parcel of arable land to the north of the village of North Moreton and accessible directly off the Long Wittenham Road. Parcel 5469 will be subject to an overage provision.

Further details can be seen in the attached particulars and on the bespoke website.

The property is offered for sale by private treaty, as a whole or in 8 lots. The guide price(s) and breakdown of each lot can be obtained from the joint selling agents.

There are public rights of way crossing the land. Extracts of the definitive map are available on the bespoke website.

The property is sold subject to the benefit of all rights, including rights of way, whether public or private, light, support, drainage, water and electricity supplies and any other rights and obligations, easements and proposed wayleaves for masts, electricity poles, pylons, stays, cables, drains and water, gas and other pipes, whether referred to in the Condition of Sale or not.

The property is sold freehold with vacant possession granted in September 2022. Early entry may be available by negotiation. Similarly, dependant upon the date of completion, the Vendors may require Holdover in order to allow the harvesting of crops in the ground.

An overage provision will be reserved by the Vendors should the Purchaser(s) gain planning permission on the area hatched black for a use other than agriculture or equestrian. The provision will last for 30 years and will require the payment to the Vendors of 30% of the uplift in value following grant of a planning consent for a use other than agriculture or equestrian. In addition, there shall be a restrictive covenant placed on the land edged red in part of parcel 5560 limiting the use to agriculture only and restricting any form of structure, building, construction or development.

Any guide prices quoted or discussed are exclusive of VAT.

Access and viewing for all of the lots are available directly via the mains highway or via internal tracks.

Viewing appointments must be confirmed with Adkin or their joint selling agent BCM (contact details for BCM are shown in the particulars).

To arrange a viewing for this property please complete the enquiry form, or call us/email us quoting property reference number Agency/H-9000 (Whole site) and we will be happy to help.

You may also register to receive updates of properties which match your search criteria.

Enquire about this property: